Wedding Reportage Photographs in Val d’Orcia of L&D at the Cloister of San Francesco in Chiusi. I remember a detail of this Saturday in August, when I left for the city of Chiusi – the rain, obviously no one hopes this event during a wedding, but what happened next is a pure miracle. Already during the preparations of the spouses the sky was uncovered by the clouds, to the point that when we arrived at the Cloister it was almost all clean and the sun began to shine right at the moment of the bride and groom’s promises! It was as if it were nature wanted to celebrate the wedding together with the couple.

After the ceremony, while the guests headed for the farmhouse, we headed to the heart of Tuscany – Val d’Orcia, I think the place most loved by photographers of all kinds! Wherever you stop, you have a spectacular, breathtaking view, the only limit is time (and the hunger of the guests …). For me, time for the post ceremony photo shoot is never a problem, as long as there are all these places available at hand. Having previously developed a precise map with the stages together with the spouses, in an hour we finished our entire tour and returned to the location.

The peculiarity of the Agriturismo – La Tana Del Bianconiglio is its location, on top of a hill – among the many hills of Castiglione d’Orcia, as if it were a boat on the waves of a sea of green fields. A beautiful sunset accompanied us during the aperitif. After sunset, dinner began accompanied by live music. Then the cake cutting and then the night developed with dancing and pure fun. I hope to come back soon!

Other Photographs of the Weddings in Tuscany: 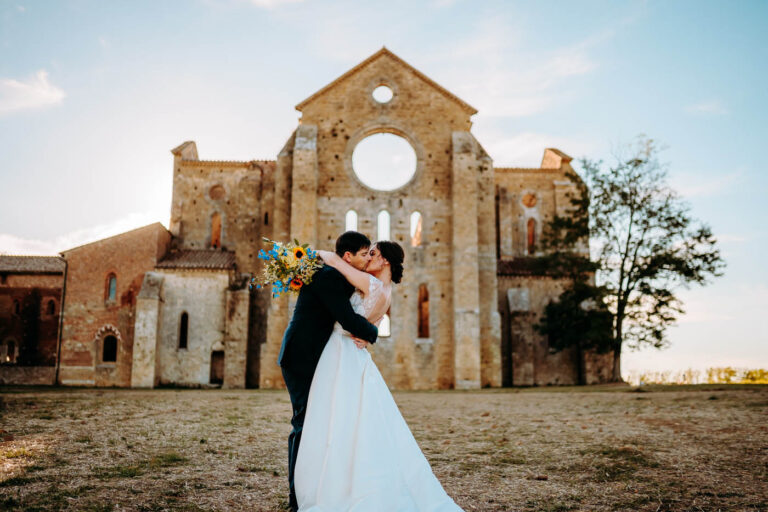 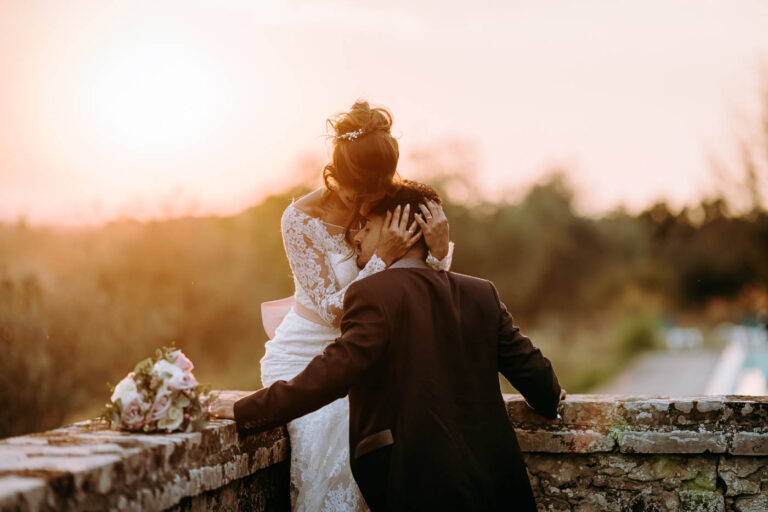 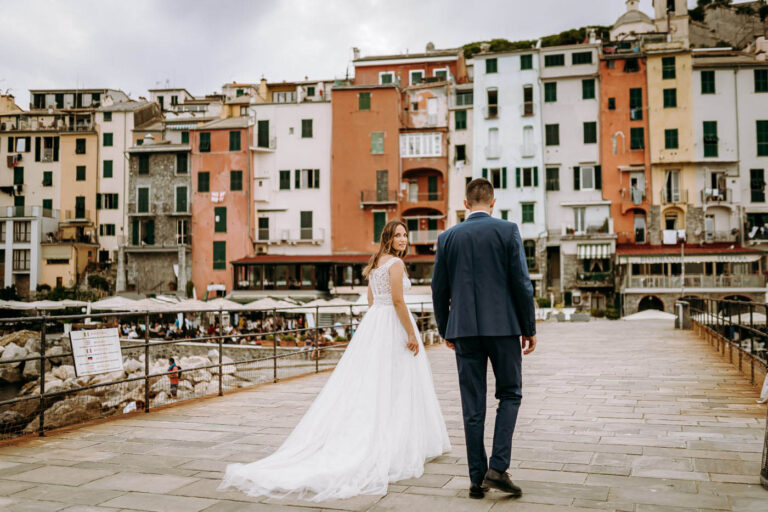 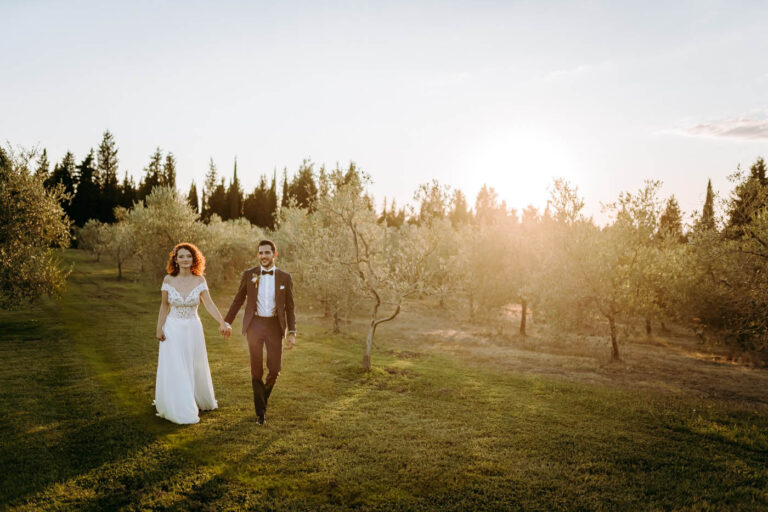